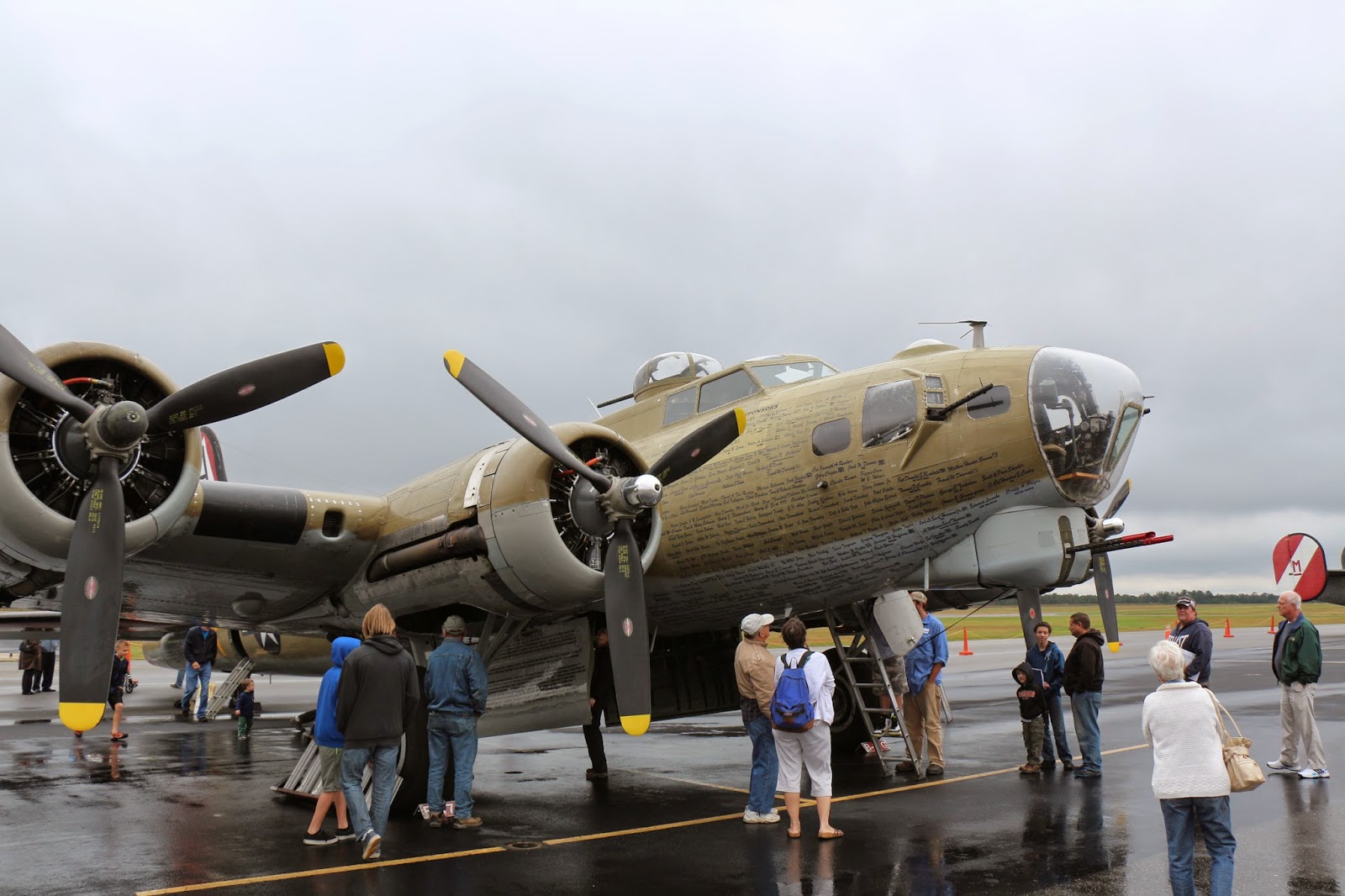 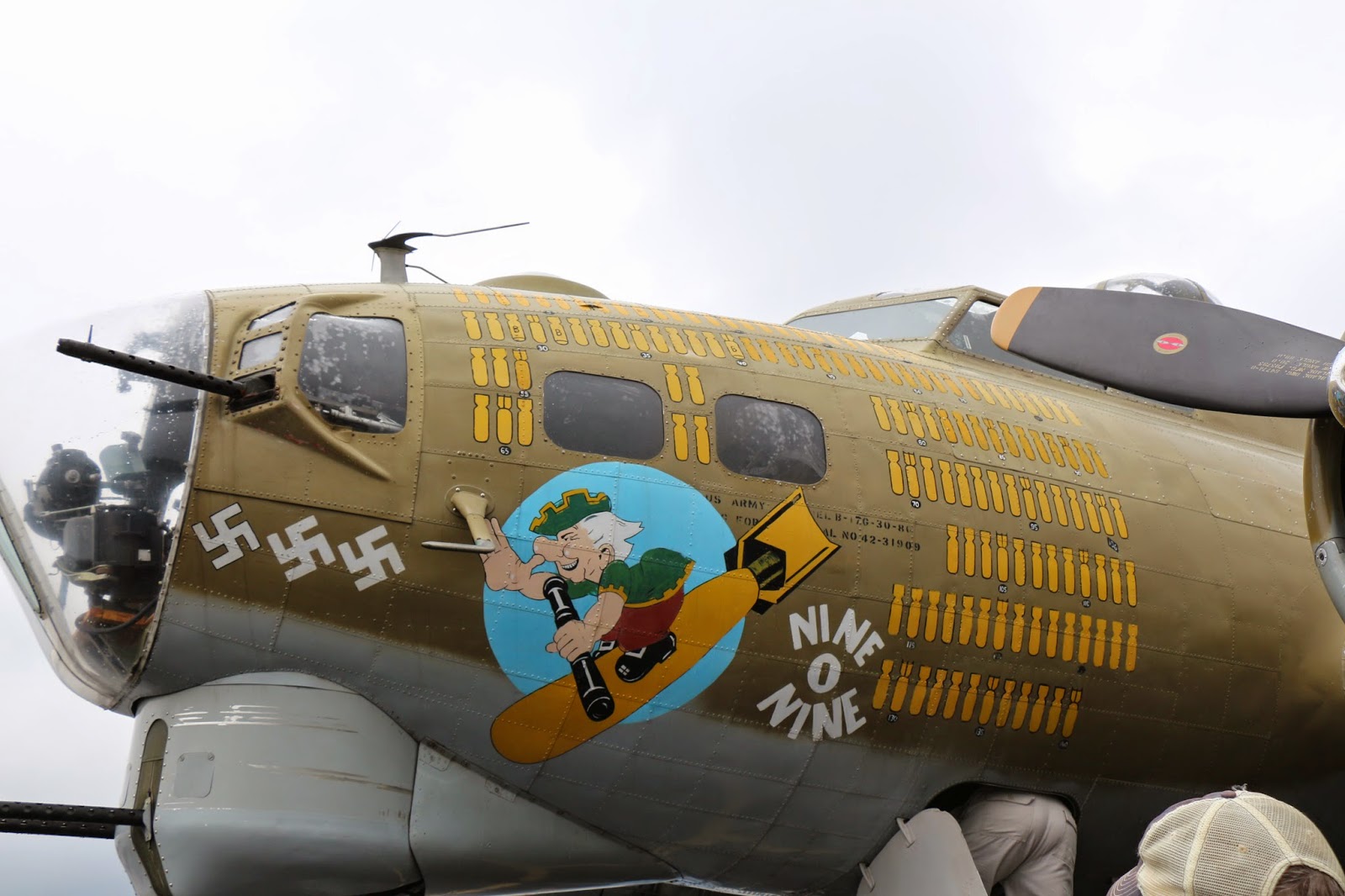 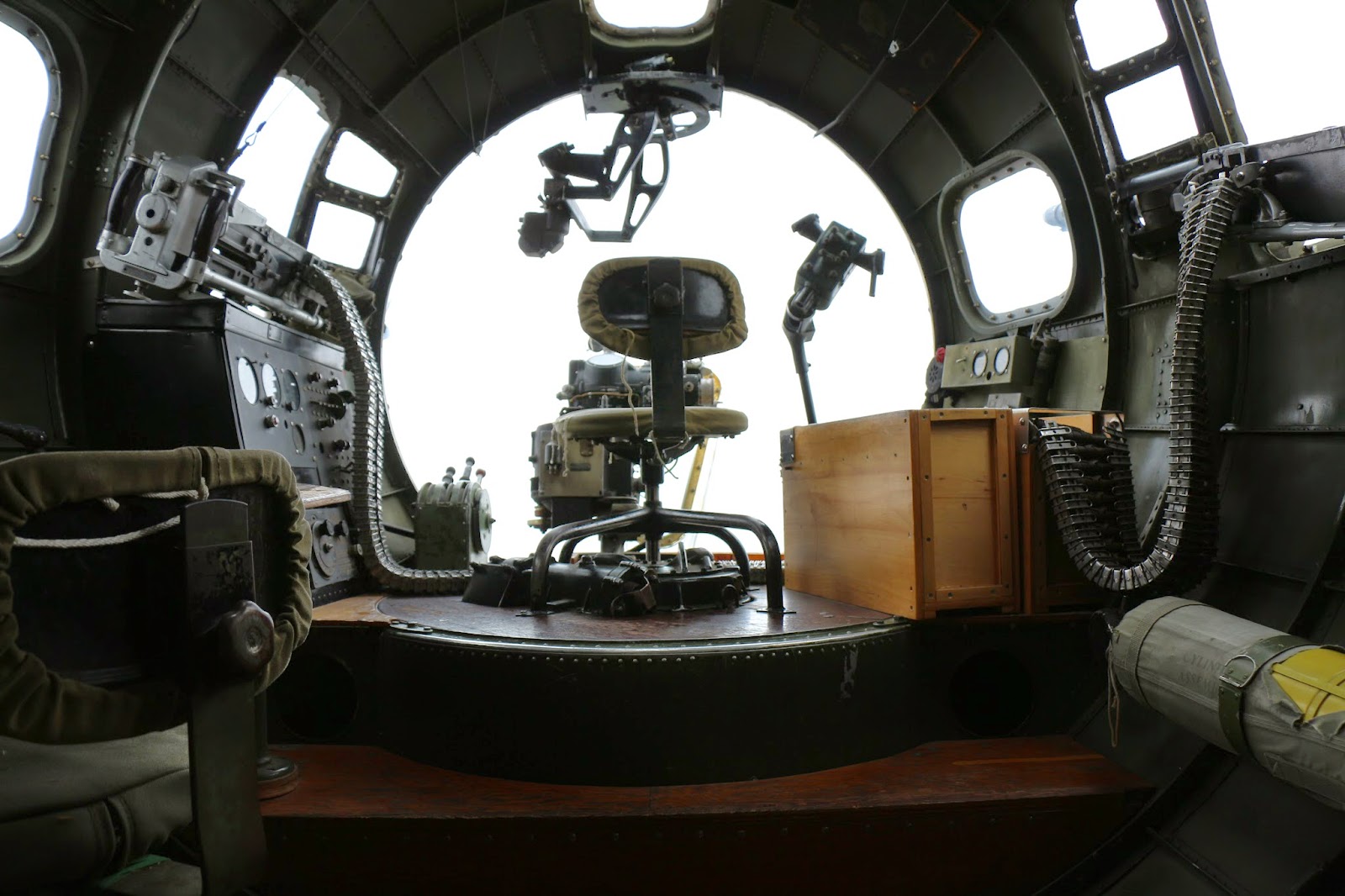 Nose compartment of the B-17. 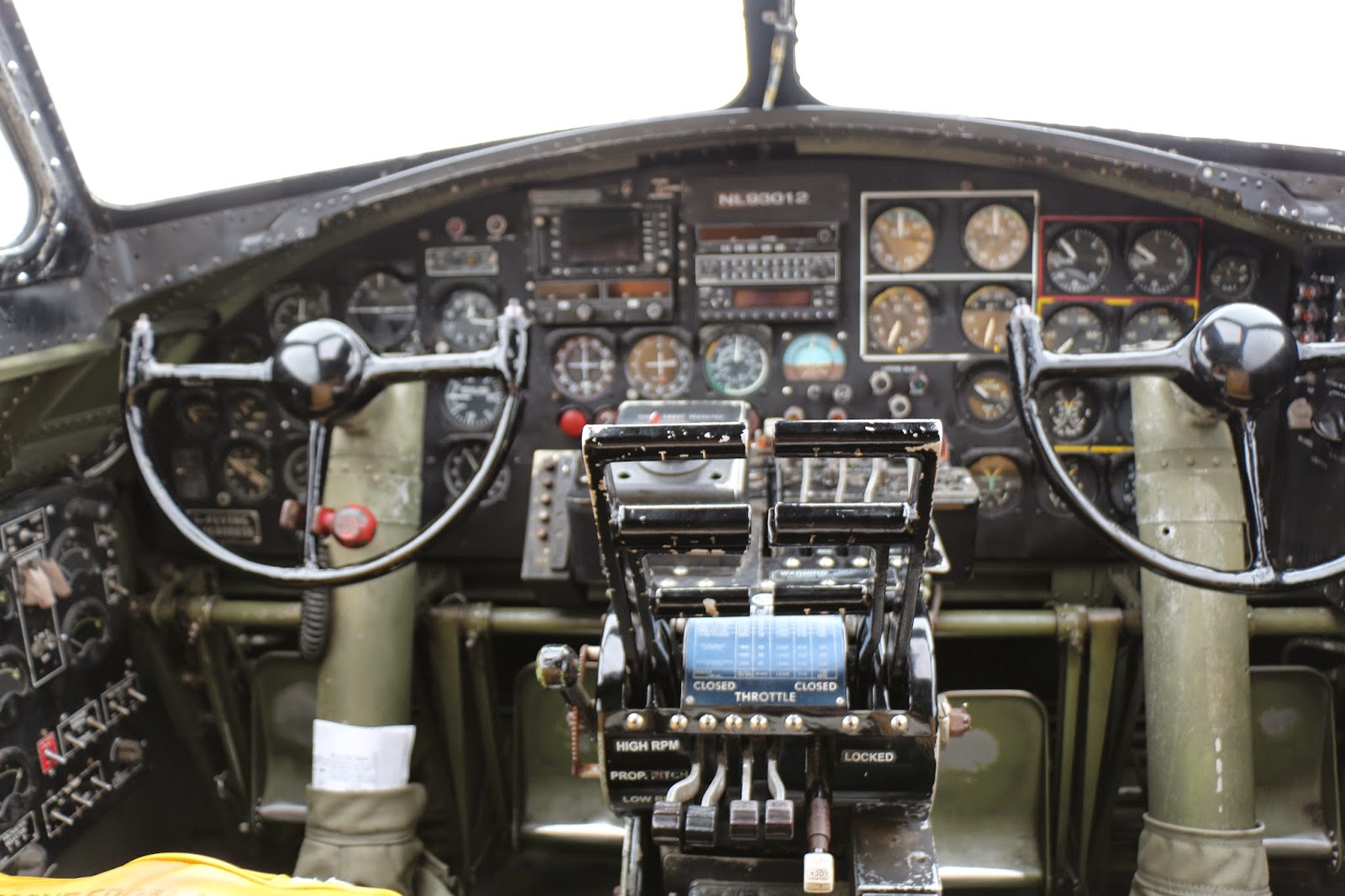 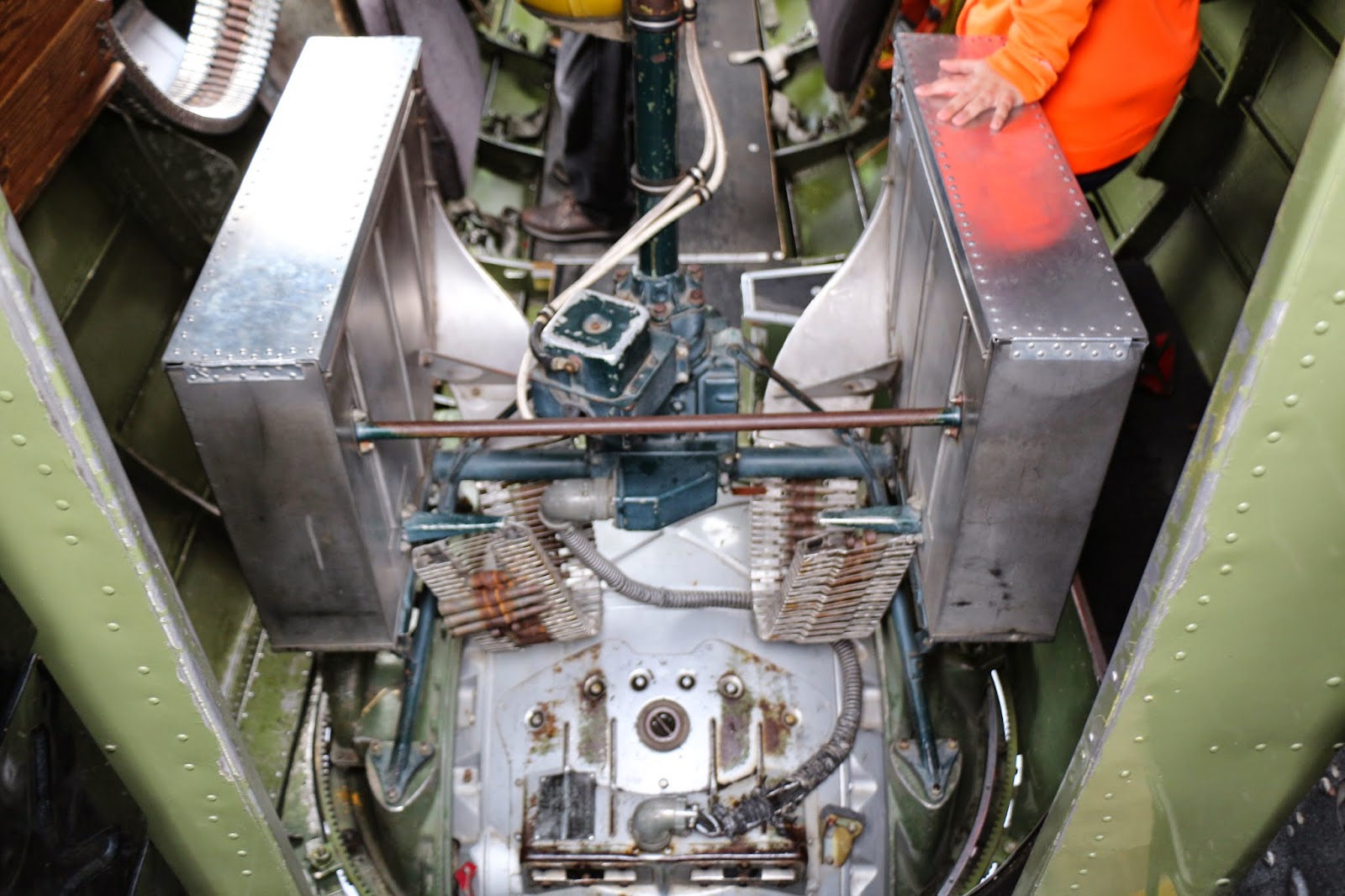 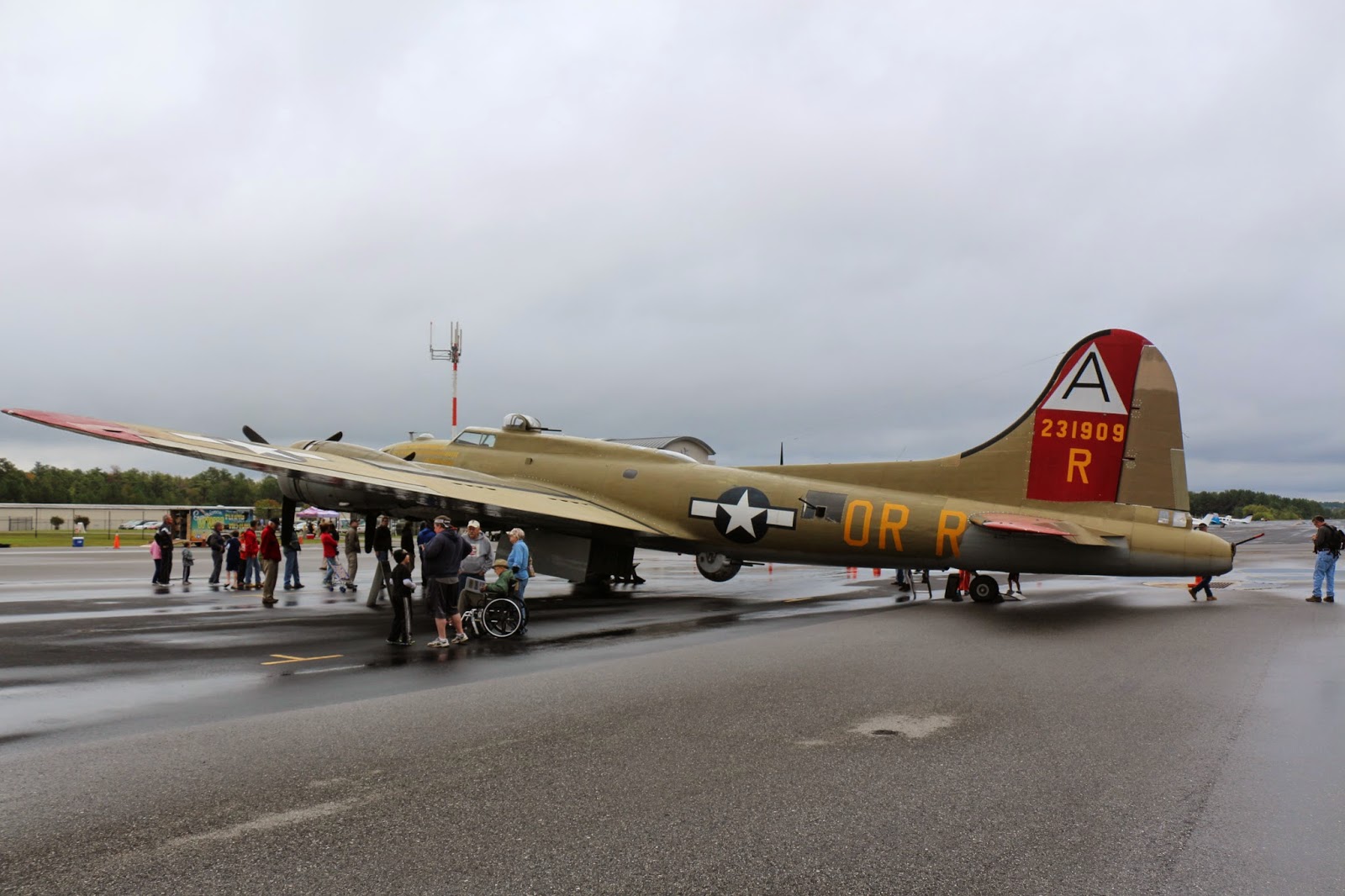 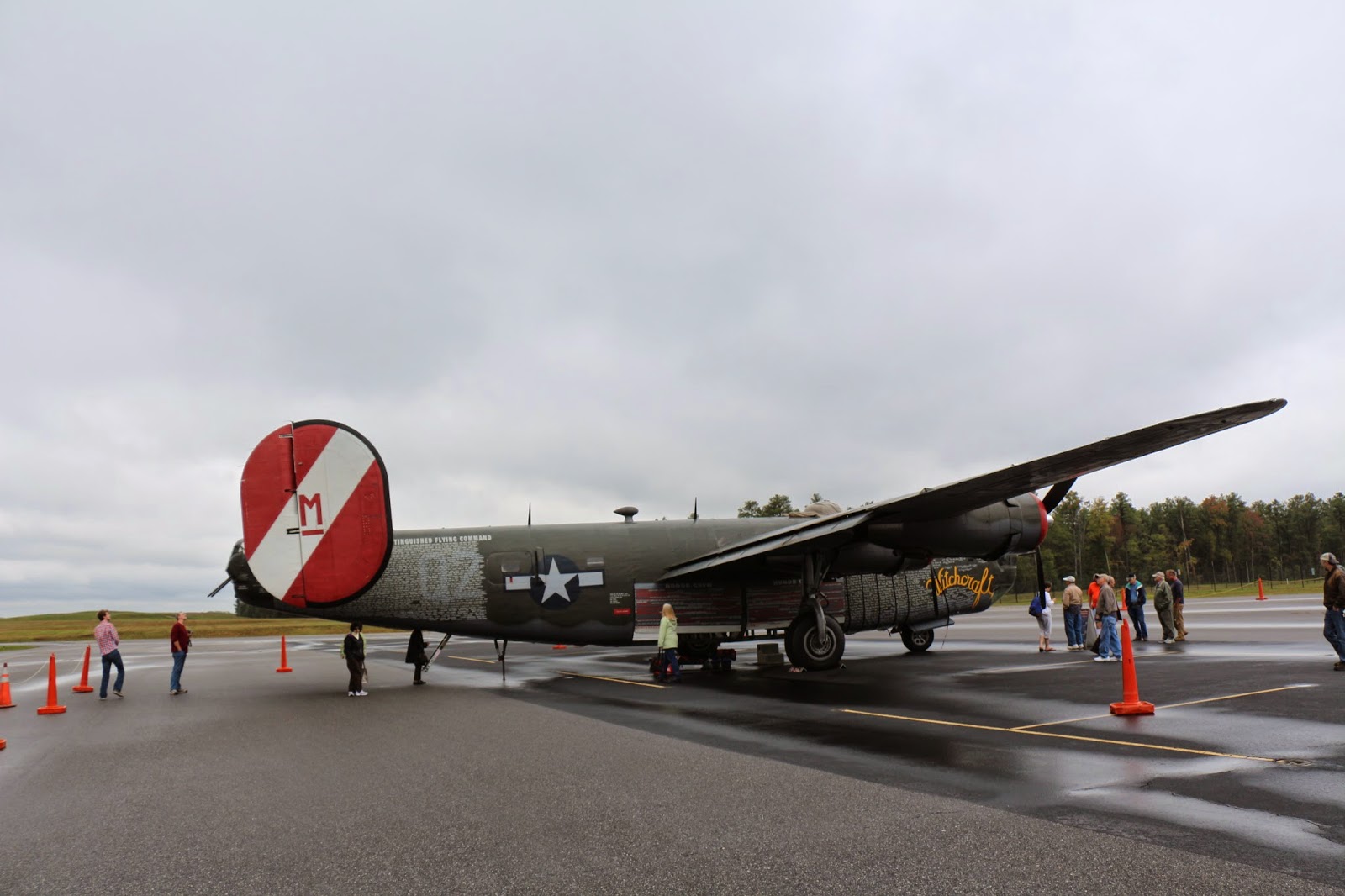 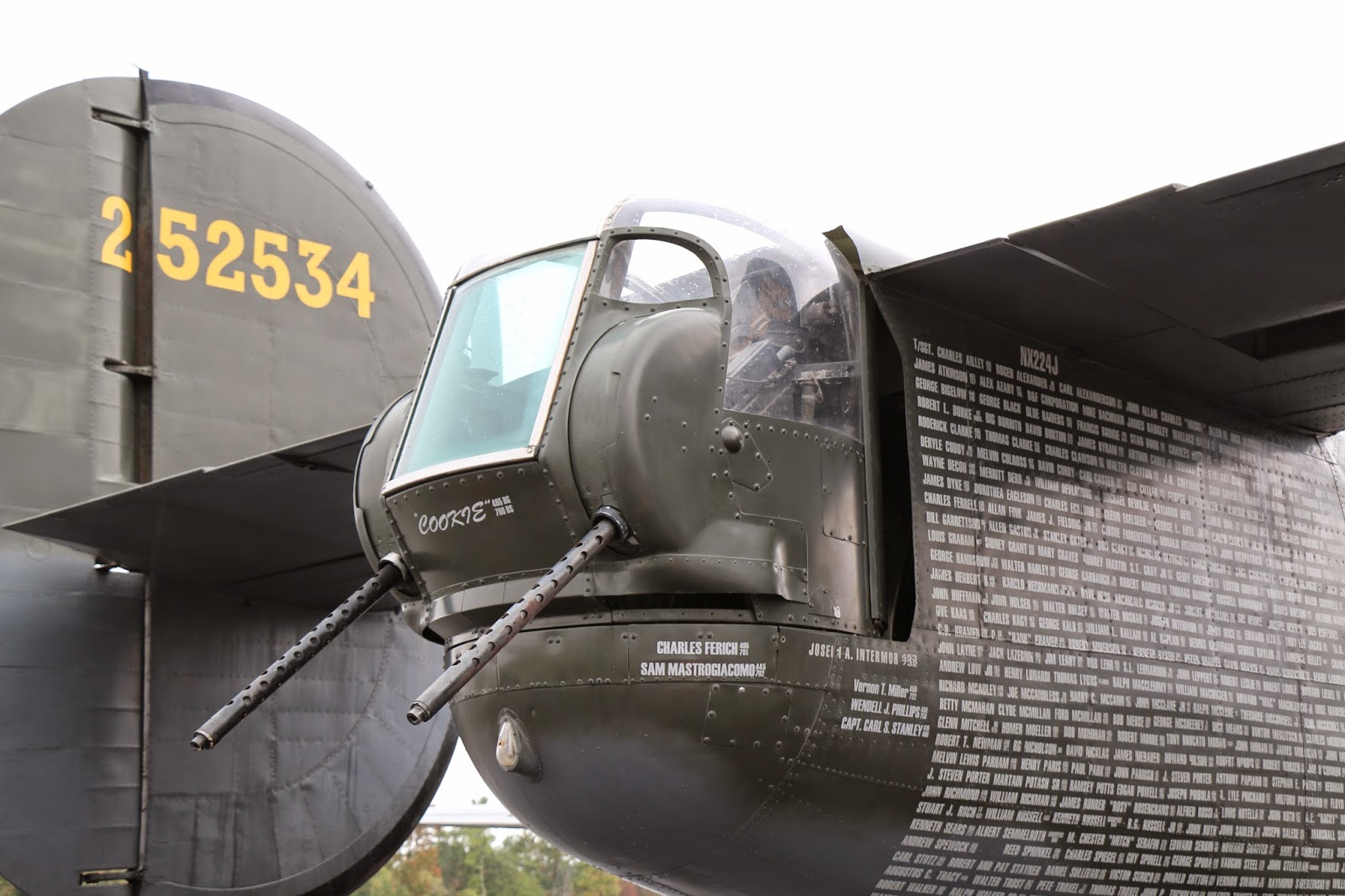 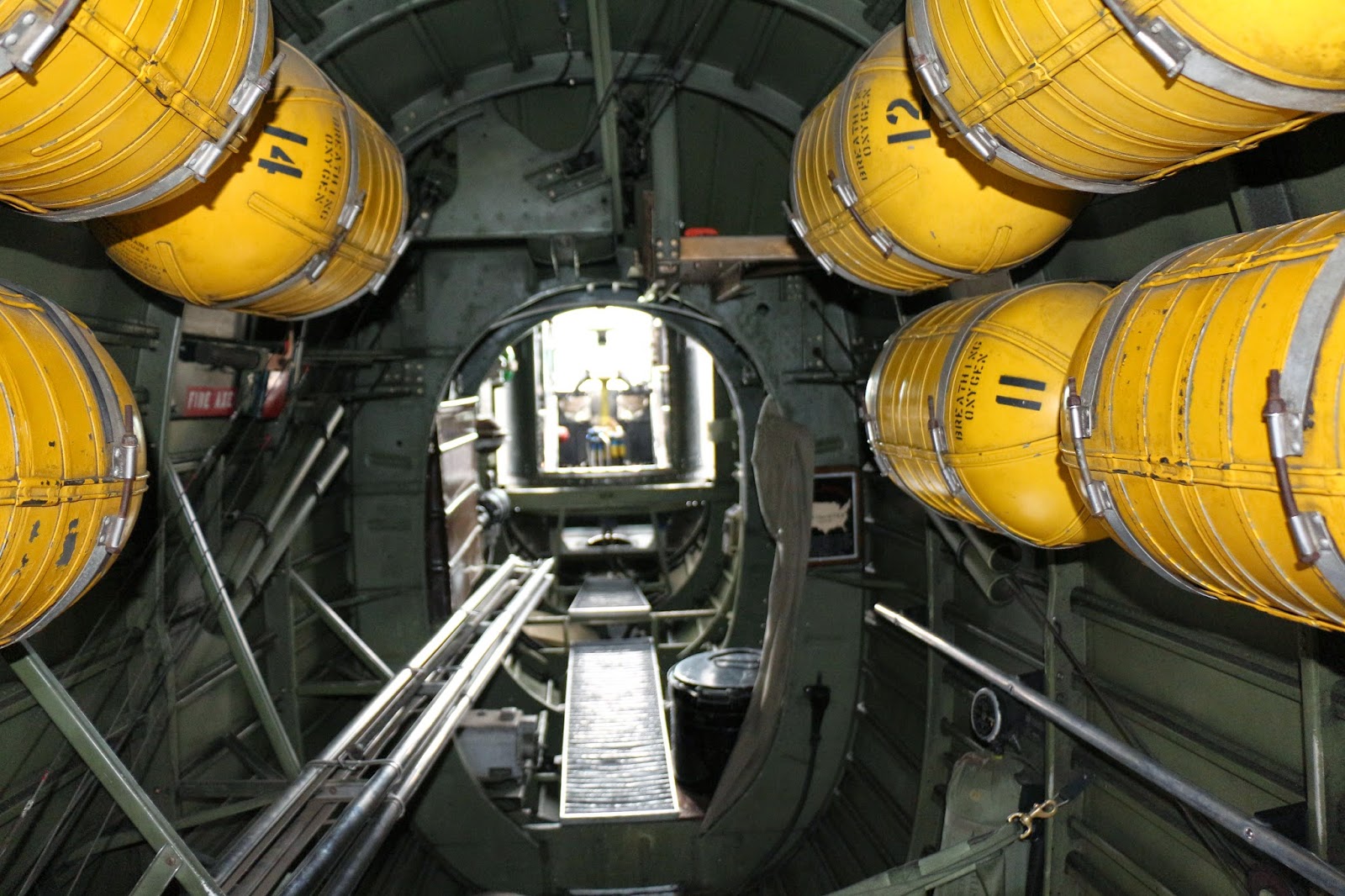 Looking aft towards the tail turret inside the B-24. 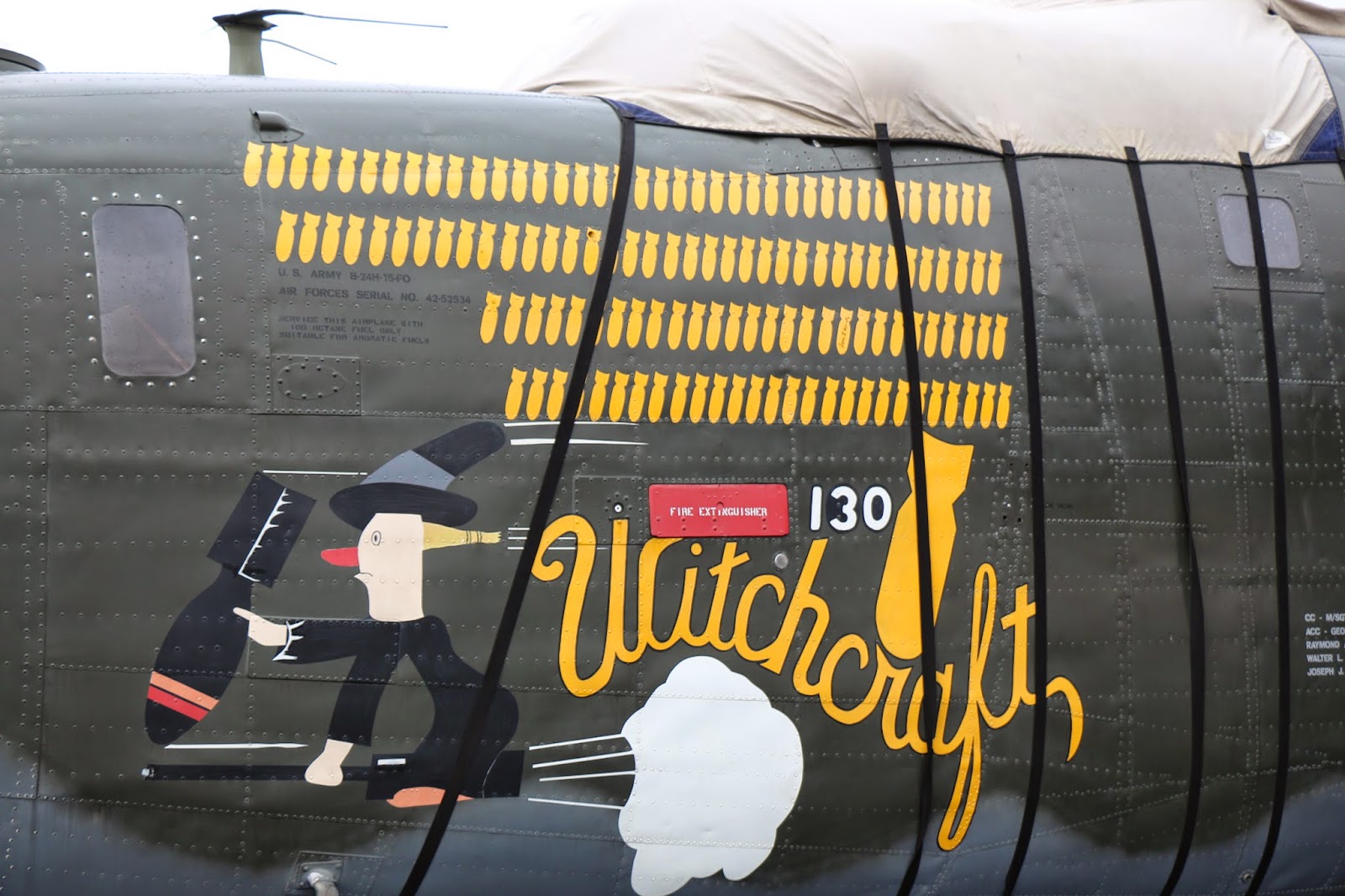 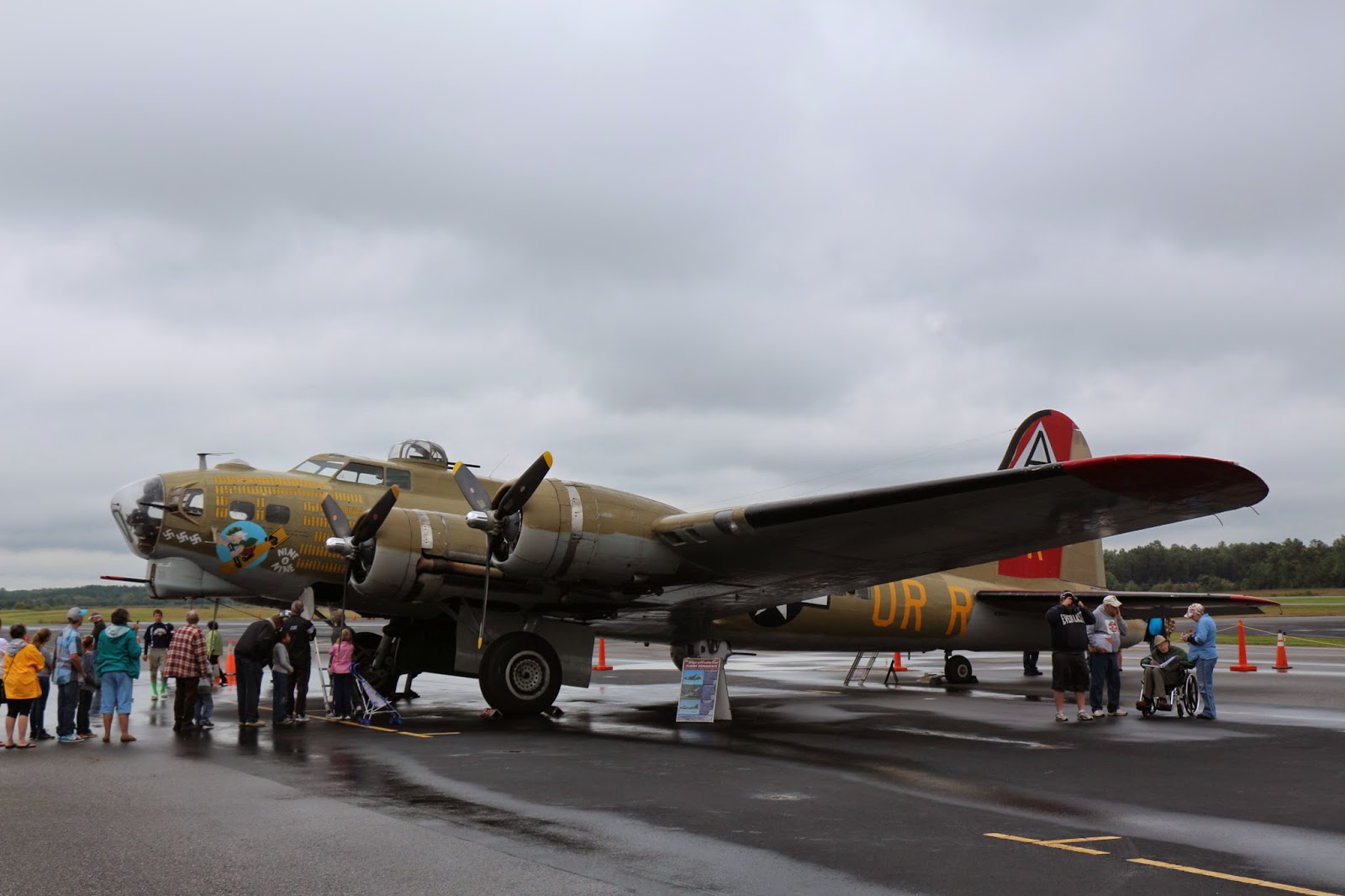 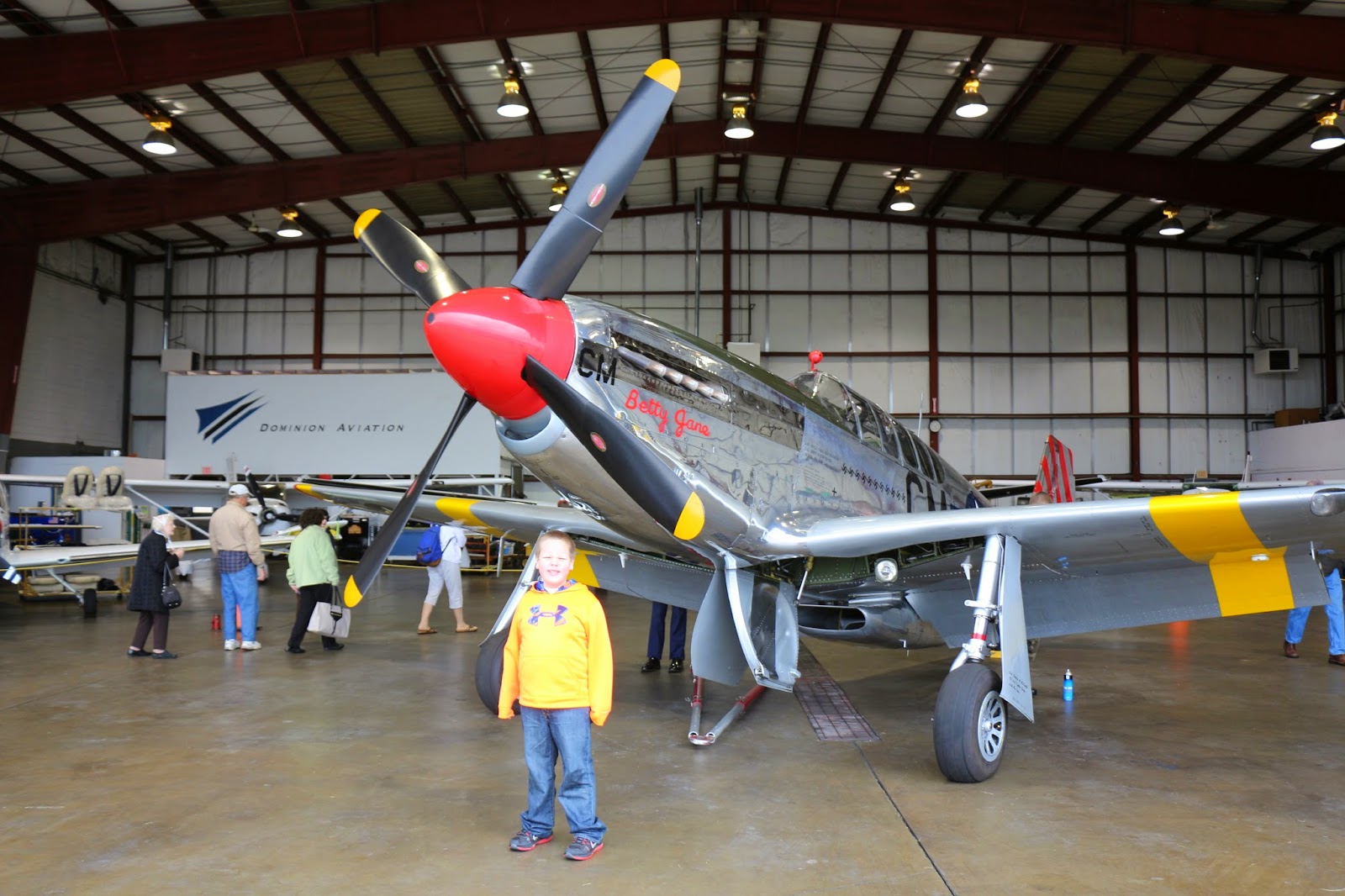 My son in front of the P-51C Betty Jane. 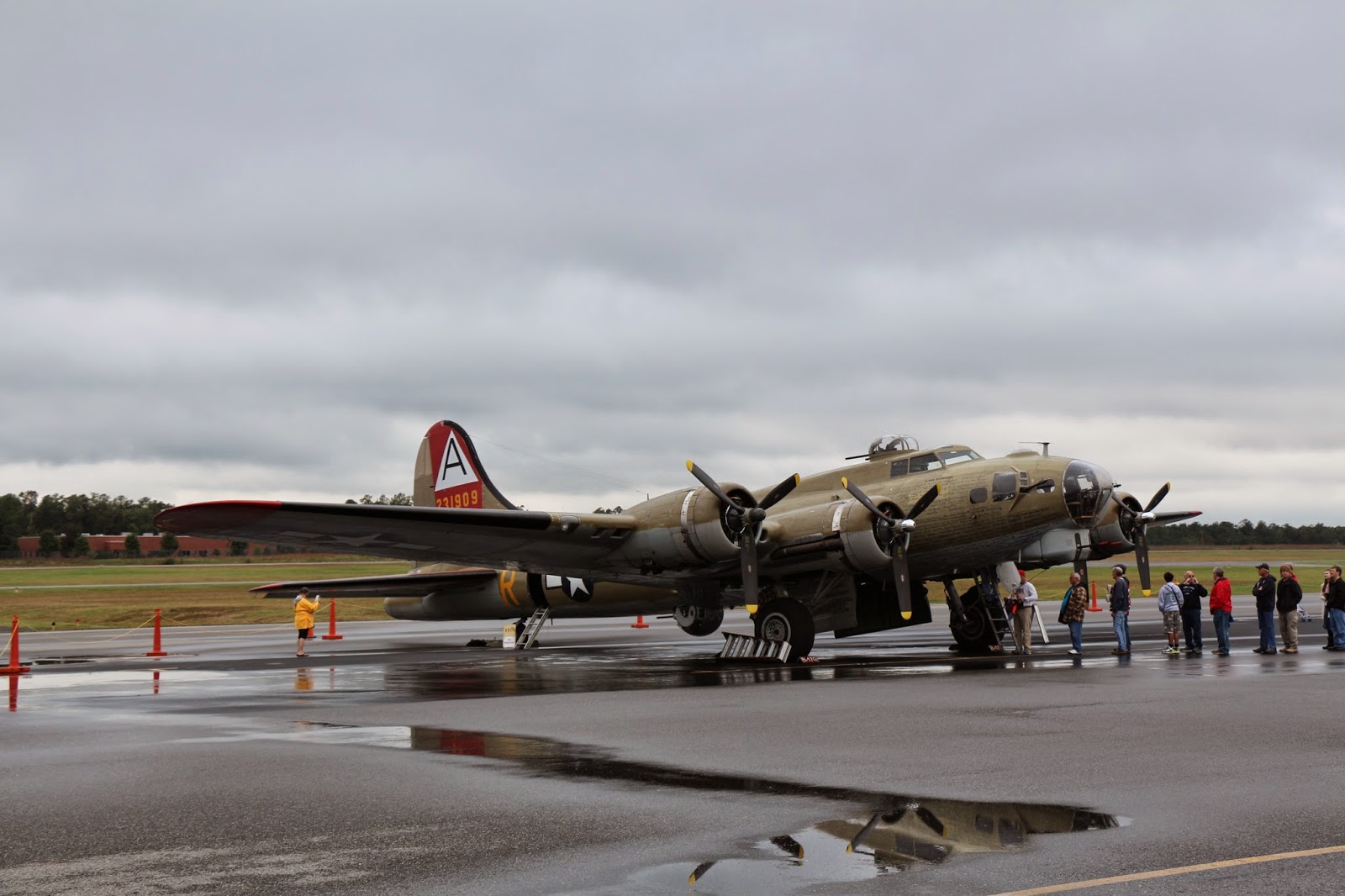 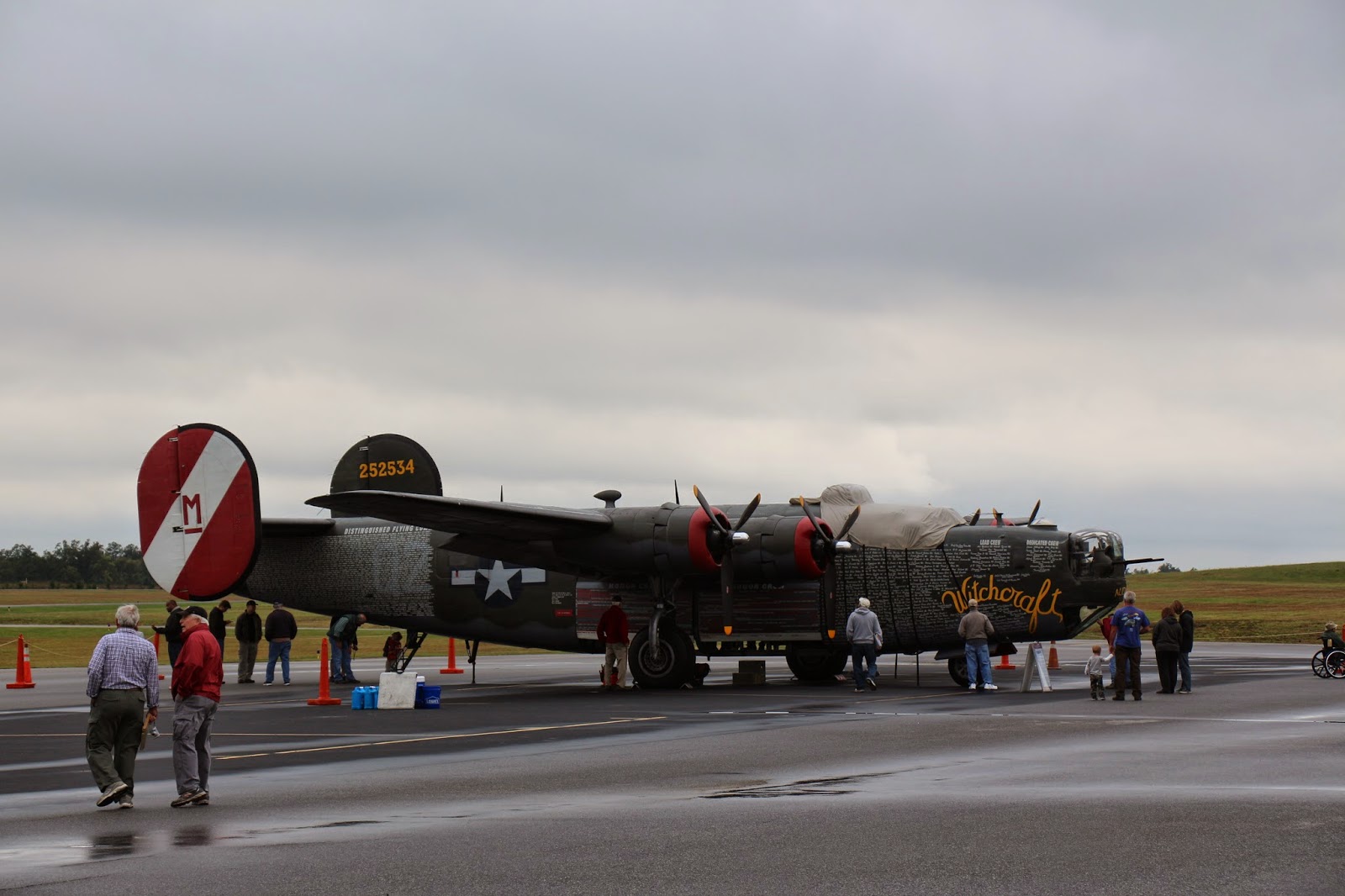 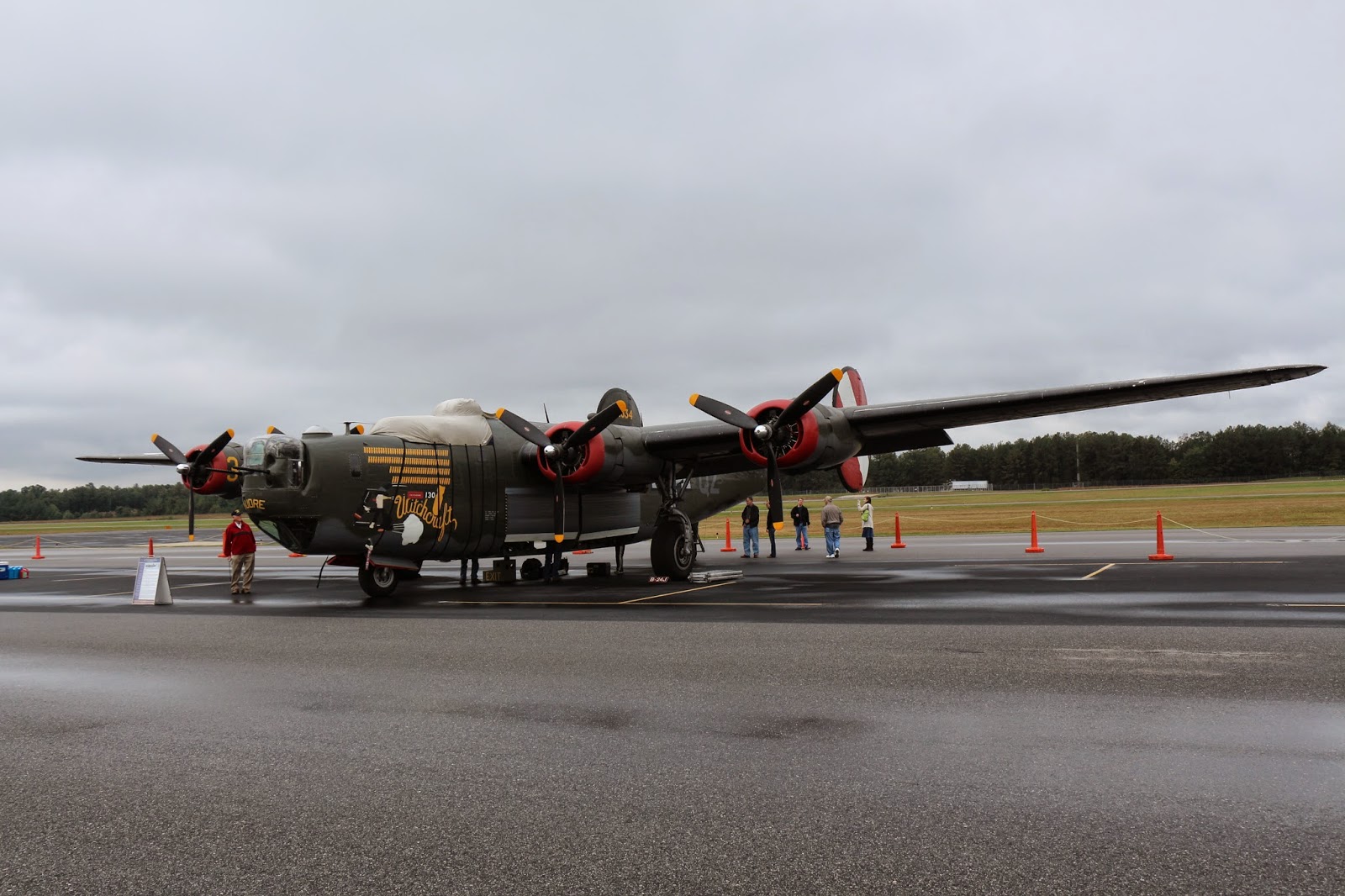